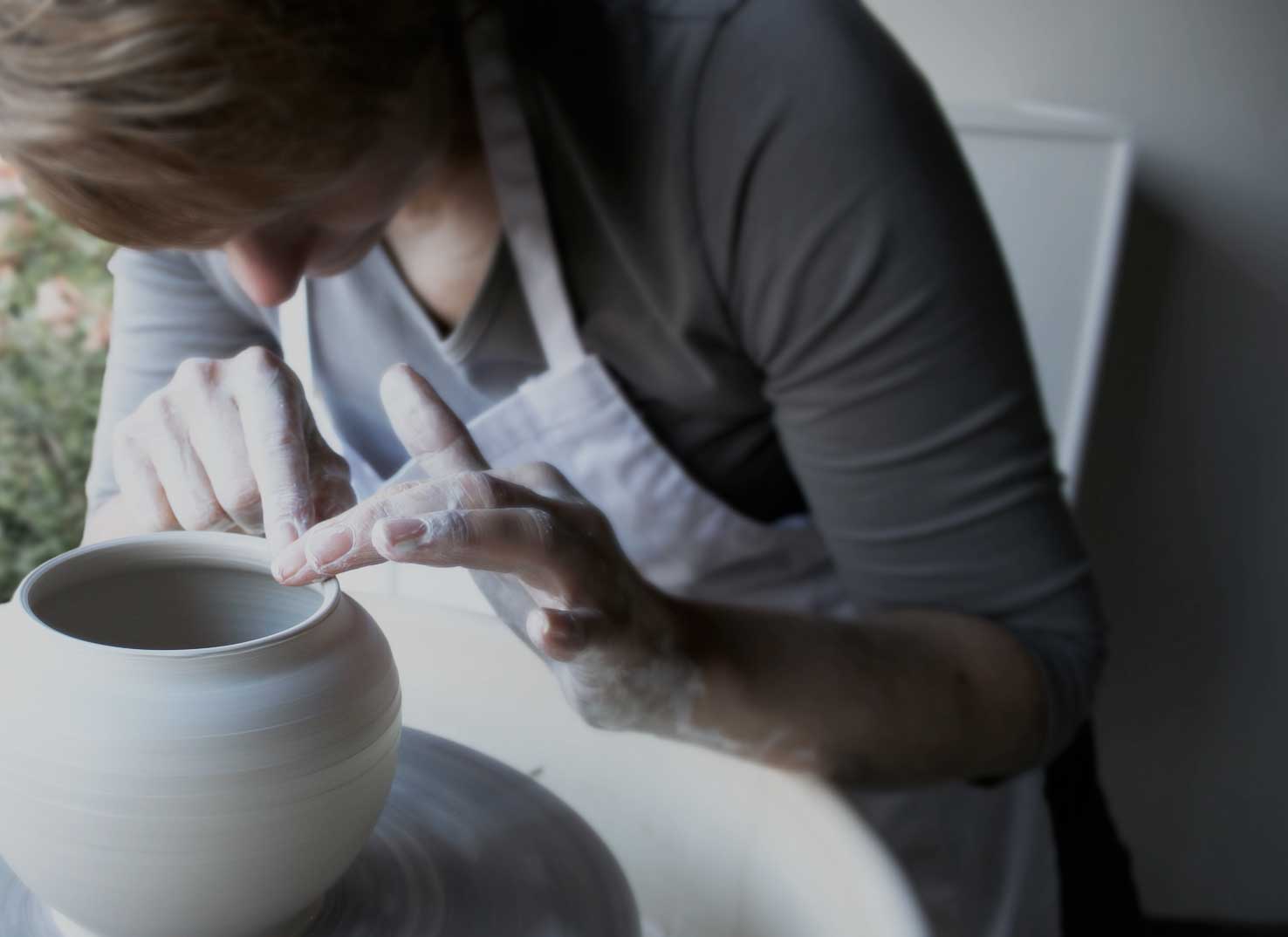 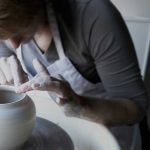 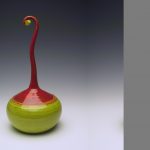 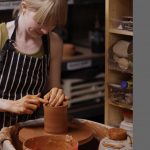 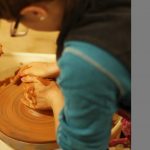 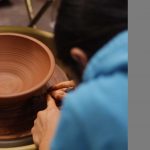 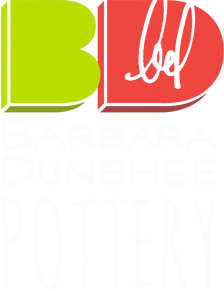 This idea emerged from other final party contests, like head-to-head speed throwing and throwing the tallest pottery inside of several minutes. It was time to make things really interesting!

This time a student at a pottery wheel was blindfolded (even before their clay was centered) but had the benefit of a coach. The first potential side benefit might’ve been to allow students to better focus on what they were feeling through their hands. However it quickly became clear how important the coach/thrower relationship was, and it was fascinating to watch the teamwork play out.

It was immediately apparent how the quality of the coaching became key to adjusting to the nuances of getting a cylinder thrown and gaining some height to ‘win’. In addition to providing a squirt of water here and there, the coach had to learn how to communicate to the thrower in a whole new way, since nobody was familiar with strictly verbalizing specific throwing movements or corrections. So both coach and thrower had to work together to overcome their respective handicap!

It was suspenseful throughout! By the end of each session it was genuinely impressive how well the students could throw blindfolded, and just about everyone was surprised and fascinated by the ‘social experiment’ aspects too!